Apart from being the cutest animal in the world 😍, Slowloris is also a low-bandwidth Denial-of-Service (DoS) attack running on Application layer of the OSI model (OSI Layer 7). The attack allows the attacker to overwhelm a target HTTP server by exploiting the internals of the HTTP protocol.

How does a normal HTTP request-response work?#

In a normal scenario the client opens a TCP connection after which it sends the text information for the request. Each of the request’s lines are terminated by \r\n (so-called CRLF - carriage return line feed ⌨️) sequence. The end of the request is signaled by \r\n\r\n. 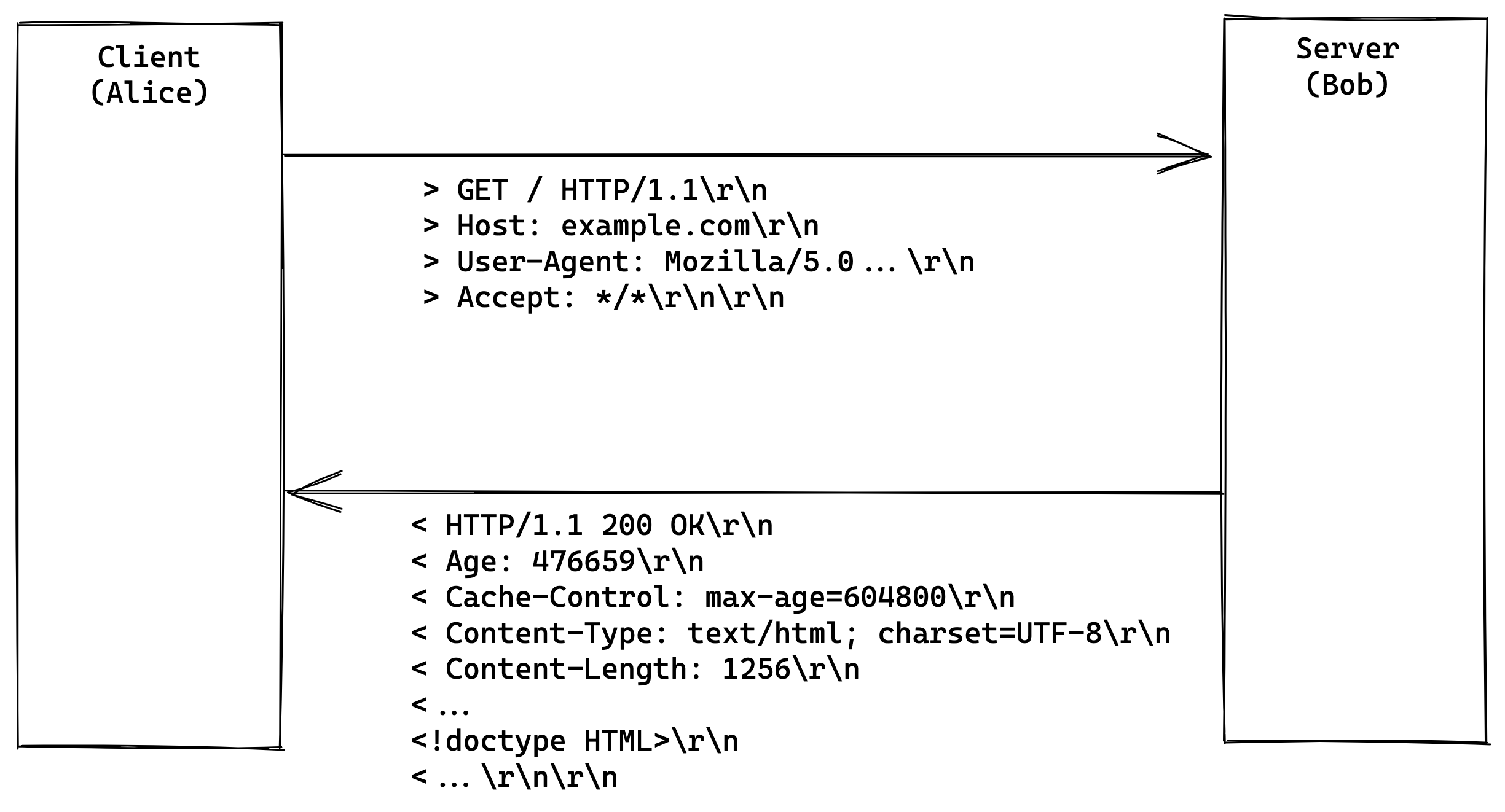 The first line in the HTTP request is called request line holding information about the HTTP request method GET, path / and query parameters (?key=value&hello=world) as well as protocol version HTTP/1.1. Then the client starts sending the request headers (Host: example.com, User-Agent: ...) and so on. In the end the client sends \r\n\r\n to notify the server that the request is done.

How does a Slowloris attack works?#

Slowloris attack works by utilizing partial HTTP requests. HTTP protocol works as opening a client TCP connection to a target server and then sends the HTTP request. The server usually waits until it receives the \r\n\r\n sequence to process the request. Here comes the attack exploit. The attacker can send multiple headers (thousands) to keep the connection open. By opening multiple such connections and regularly sending partial information (such as headers) the memory and sockets start building up on the server side. This way the client can easily exhaust server’s available resources (ports, sockets and memory). Once the server’s maximum connections has been exceeded, each new connection won’t be answered and denial-of-service will occur. 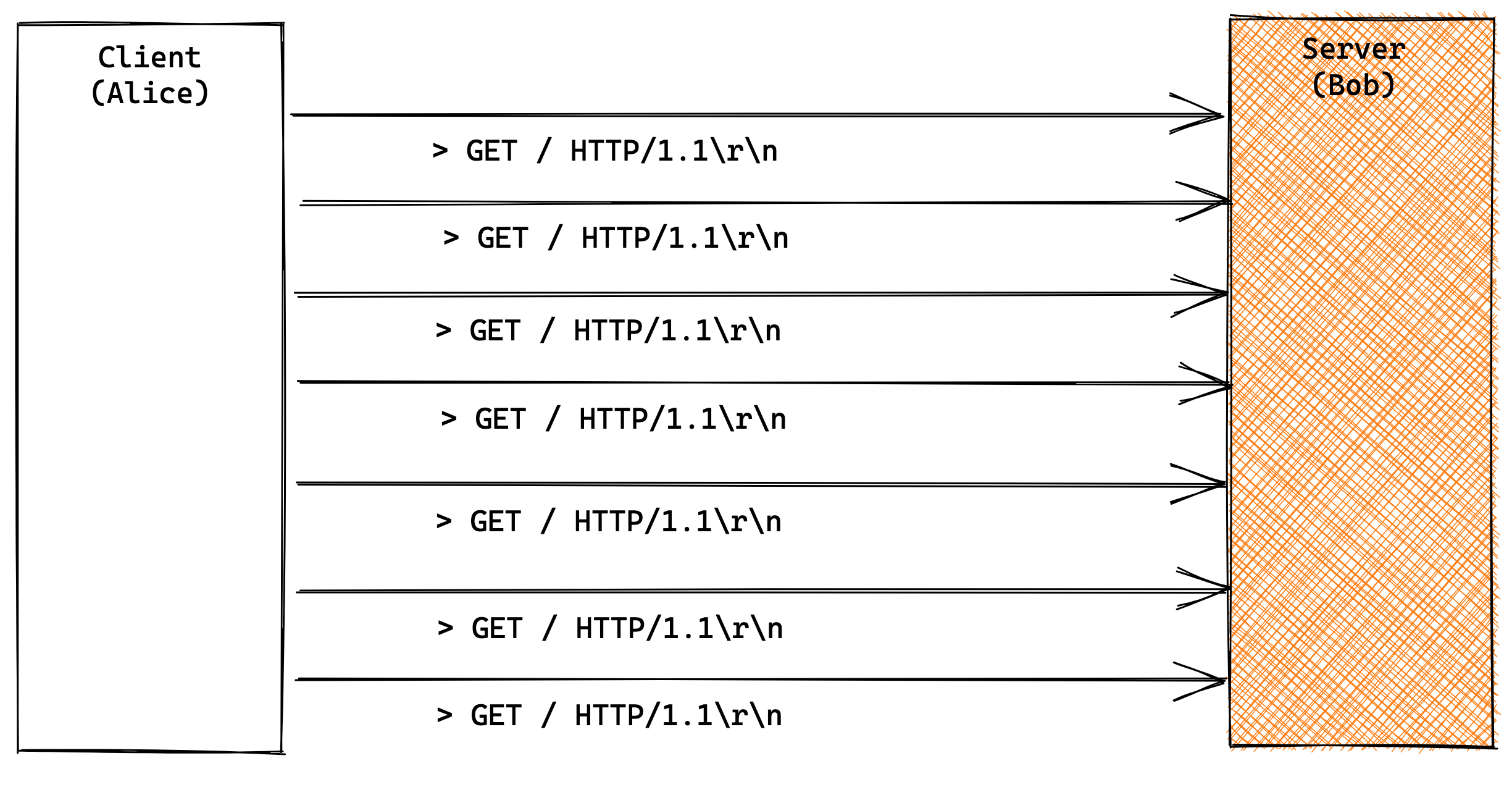 Usually HTTP servers support configuration parameters like running workers/threads, maximum open connections, timeouts and so on. The problem comes when a server runs with the obsolete defaults configuration or it is inherently exposed to such attack by its internal implementation.

The Apache server implementation is a thead-based implementation which is inherently vulnerable to attacks like slowloris. The problem comes with that the OS defines number of of maximum threads for each process. The numbers nowadays are pretty big cat /proc/sys/kernel/threads-max but still if you don’t have access to kernel configuration that may be an issue. Another problem is memory footprint. Each OS thread is associated with memory and also there are restrictions of maximum Virtual Memory Areas (VMAs) per process cat /proc/sys/vm/max_map_count. If the server does not have any additional protection through custom configuration an attacker with very little bandwidth (slowloris attack) can easily exhaust system’s resources and create a denial-of-service scenario.

Difference here is that the Nginx implementation relies on event based system which saves the server from attacks such slowloris. But the problem may come from having a Nginx server running its default configuration. Nowadays Nginx comes with a default configuration that is pretty obsolete and it is usually vulnerable to slowloris attack.

Want to play with slowloris?#

If you want to explore whether some of your deployments are vulnerable or susceptible to slowloris attack, I’ve created a distributed Golang implementation. The tools is able to run thousands of parallel slowloris connections against a target server. You can download it and find more in the 🪣 repo

In the next article we will look at how to protect from such attacks.